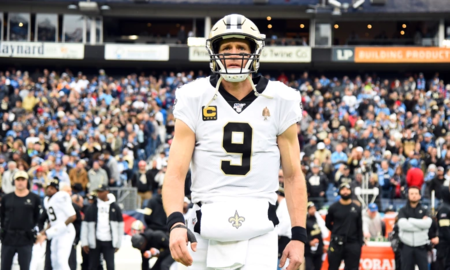 What will Drew Brees do when his days of playing football are behind him? Well, he might move up to the press box and take a crack at watching games as an unbiased observer during TV broadcasts, even for New Orleans Saints games.

An ESPN report from earlier this offseason named Brees among several possible candidates who could leave the playing field for a broadcast station, offering his analysis and perspective of games. Former Dallas Cowboys quarterback Tony Romo made the leap in recent years, and it’s clear other networks are eager to try and recreate his success.