Drew Brees 'is an amazing dude': What the QB's teammates are saying about their leader (1 Viewer) 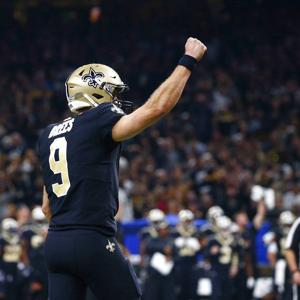 If you survey the New Orleans Saints' locker room, it's nearly impossible to find someone who has something bad to say about Drew Brees.

Here are eight recent comments from Brees' teammates and coaches that speak to the quarterback's skill, determination and motivation.

"It's crazy man. The level he's played at for so long. His preparation is pretty intense and extensive. For him to maintain that for all these years is remarkable. The most remarkable thing to watch him day to day is his film preparation. You can see it on the field. Certain blitz pickup and coverages, he just sees it. It's because he's seen it so many times on film. When I walk in the building at 7:15 (a.m.) or 7:30, Drew has already been here for two hours." ...
-- Left tackle Terron Armstead

"He's an amazing dude. I would say he's a better quarterback today than he's ever been. He's at the highest level. I'm trying to be the Drew Brees of punters. As you get older, your concerns are more and more about taking care of your body. He's a great example of how to do that."
-- Punter Thomas Morstead