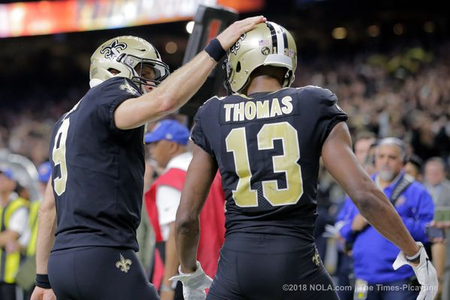 Drew Brees and Michael Thomas will not play in the Pro Bowl, according to a release from the Dallas Cowboys that said quarterback Dak Prescott and wideout Amarai Cooper will replace the two New Orleans Saints players.

The release said both Saints players will sit out the game due to injury. Whatever the ailment for each, it certainly wasn’t anything that was cause for concern leading up to and through Sunday’s NFC championship loss to the Los Angeles Rams.