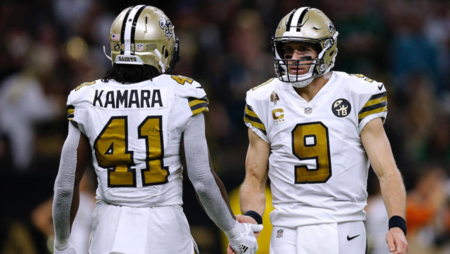 The future Hall of Famer is in no rush

It's roundly expected we've all seen the last of Drew Brees in a New Orleans Saints uniform, but the decision and the timeline to deliver the news remain his. As to when he'll make the final determination on potential retirement, no one knows, and if they do -- they're not telling. So when Pro Bowl running back Alvin Kamara was recently asked about Brees' status, he was as tight-lipped as head coach Sean Payton and all others who have a direct line to the Saints legend.

Kamara says everyone will simply have to wait, because Brees has earned that much.

"As far as his career goes and retiring or playing still, a lot of people ask me that and I just say, 'Drew's going to take his time and make the best decision for him,'" Kamara told SiriusXM NASCAR Radio, via SI.com. "He's a legend. He's definitely going to go down as one of the greatest." ...