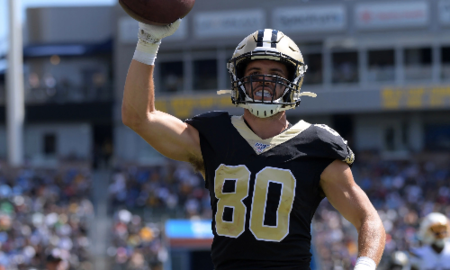 New Orleans Saints quarterback Drew Brees made a strong vote of confidence for third-year wide receiver Austin Carr after practice on Wednesday. When asked what he’s seen of Carr in his third year in the NFL and second with the Saints (he initially played for the New England Patriots as a rookie, joining the Saints after roster cuts), Brees spoke highly of his 6-foot-1, 195-pound slot specialist.

“I think Austin’s had a great camp. he continues to get better each day. I’m really developing a lot of confidence in him,” Brees said. “There are a lot of little subtle things he does well. At the end of day for a receiver, there is a timing and then there is a feel to everything.”