Offline
I sure hope not... because i do not care how many players say that they are not worried about the madden curse... it appears to be true

Alexander 07 broken foot
Mcnabb madden 06 chest hernia and now torn ACL... it is still haunting him
Vick 2004 broken leg
Ray Lewis 2005...claimed he would break the curse but he did not...missed some games

thats just the ones that i can remember off hand

I do not belive in curses... but i do not know about this one

If anyone from the saints gets the nod to be on the Madden cover should they turn it down? 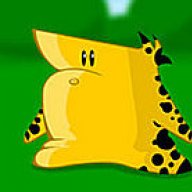 Offline
We also don't want LT on the cover either in SD.

Of course I don't want Brees on there either.

Offline
MAN please don't do this to our QB, We just got a real QB!

Offline
Im sure it will be LT over Drew

Offline
Depends what the theme of the new game is e.g. Ray Lewis was the cover start for beware the D issue. I think they might try to do something with you taking over as a linebacker whilst on D and reversing the field so you look the QB in the eyes. If this were the case I think Shawn Merriman might be the cover star

Offline
I vote they put Michael Vick on it.

forget Brees on the cover of Madden 08. Do you want him to break his arm next time? Everyone who has been on that cover has been injured shortly thereafter. So no way!!!

Offline
LT is in the news more than Brees, therefor, LT might get it.

billinms said:
I vote they put Michael Vick on it.
Click to expand...

The year that he broke his leg he was on the cover.

What about Peyton Manning? He is way overdue for recognition like this.

Offline
Uh, LT is going to break the the single season TD record. It'll be him. Even though they usually alternate and it's time for a QB.

Online
This whole madden curse thing is stupid Eddie George and Ray Lewis had good years the year they were on. Unless the players team wins the Superbowl, You can always point to something that "goes wrong" during the course of the season.

Offline
A brief history about the cover of Madden Football:

2000: Madden himself was on the cover and on the background was Barry Sander who announced retirement right away.

2001: Eddie George who was hampered by injuries and never the same again.

2003: Marshall Faulk underperformed for a below 1000 yds rushing season because of an injured ankle. And the Rams missed a playoff with 7-9 record.

2004: Michael Vick who suffered a fractured right fibula and played only 5 games.

2005: Ray Lewis underperformed and hurted the last game of the season and tore a hamstring the next season.

2006: Donovan McNabb bothered by a hernia injury throughout the season.

Personally, I don't believe this curse but the trend is very entertaining.

Offline
I was not a superstitious guy, but the facts are there. PLEASE NO! Not on the cover of Madden 97!

Nevimeister said:
Depends what the theme of the new game is e.g. Ray Lewis was the cover start for beware the D issue. I think they might try to do something with you taking over as a linebacker whilst on D and reversing the field so you look the QB in the eyes. If this were the case I think Shawn Merriman might be the cover star
Click to expand...

This could be Urlacher's year.

How That Payton/Brees Run Will Still Impact The Franchise

Yesterday at 9:36 AM
Saint Jack