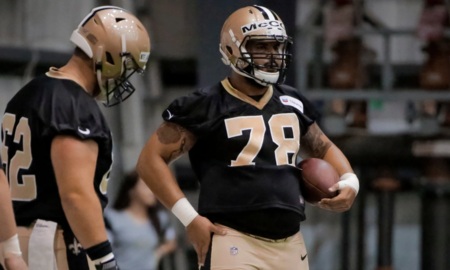 The New Orleans Saints did a great job of keeping quarterback Drew Brees upright against the Houston Texans, allowing just one sack and a handful of other pressures despite facing a talented Houston defensive line.

A key contributor to that success was rookie center Erik McCoy, the Saints’ top draft pick out of Texas A&M. McCoy was as impressive a prospect as any team could hope to trot out for Week 1, but there was still some nervous energy around his NFL debut.

“Nerves are going a little bit,” McCoy told Karen Loftus of WGNO-ABC last week. “Not going to sit here and lie to y’all. But I’m excited for it. I’m ready for it. I feel like I’ve prepared really well this week so far. I’m looking forward to the opportunity.”

Based on what he saw against the Texans, Brees was highly encouraged by what he and McCoy can do together moving forwards.