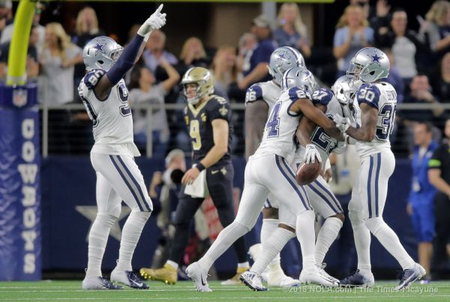 With how Drew Brees had played the first 11 games of the season, last Thursday’s performance in the New Orleans Saints loss to the Dallas Cowboys was shocking.

Brees finished the game 18 of 28 for 127 yards with one touchdown, one interception and a season-low passer rating of 71.6. His 64.3 completion percentage was the second lowest of the season, behind 56.3 percent against the Giants in Week 4. His 127 passing yards were his second fewest of the season, behind 120 in Week 8 against the Vikings when the defense and run game led the Saints to a win. Brees took two sacks, marking just the third time this season he’s been sacked multiple times in a game.

The poor offensive performance wasn’t just the fault of Brees, of course, but as he’s played at an MVP level all season, it was still disappointing for him to struggle.

“Listen, there was a lot more to be desired there,” he said Wednesday. “You turn on the film and just play after play where I felt like there were opportunities, or just better execution that would’ve gotten us some first downs, sustained some drives and gone down and gotten points. ...