Drew Brees spent his birthday with his two loves: football and family (1 Viewer) 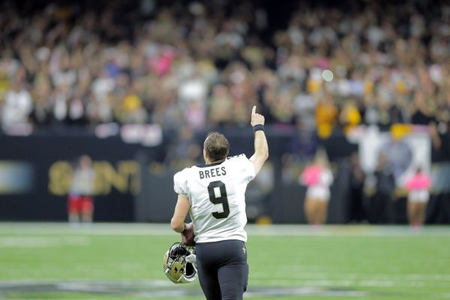 The day the New Orleans Saints quarterback turned 40 years old was unremarkable in that his day-to-day life did not veer off its regimented course.

On his birthday (Jan. 15), Drew Brees did the things he always does. He arrived at the Saints facility early, studied film of the Los Angeles Rams and made his way home in time to eat dinner and hang out with his family. The oldest of his four children, Baylen, was also celebrating his 10th birthday, and the Brees family enjoyed a cake.

To close his night, Brees said he read a bed-time story and told his kids to ”quit talking and laughing and go to bed.”

His birthday bash was thrown a couple days earlier, shortly after the Saints dispatched the Eagles to earn a spot in the NFC Championship Game. The celebration was over, and the routine-oriented quarterback was back to focusing on the important things: football and family. ...