Drew Brees' top 40: A by-the-number celebration of the Saints QB on his 40th birthday (1 Viewer) 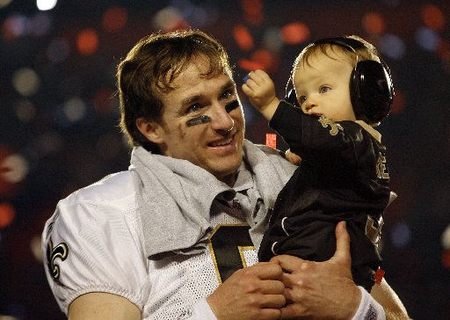 In honor of Drew Brees turning 40 on Tuesday (Jan. 15), a look at 40 statistics — some well-known, others more arcane — that tell the story of the New Orleans Saints quarterback’s illustrious career:

1 -- Where Brees ranks among quarterbacks in career passing yardage. Brees, of course, broke Peyton Manning’s record in epic fashion, with a 62-yard touchdown strike to Tre’Quan Smith in the Saints’ Week 5 blowout of the Washington Redskins on Monday Night Football.

2 – Division I college football programs that offered Brees a scholarship out of high school: Purdue; and Kentucky.