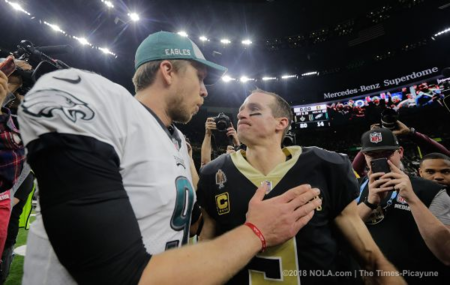 There were eight finalists for the award, which was created in 2014 and named after the former owner of the Pittsburgh Steelers. NFL players submit votes for the award, though they can’t vote for a nominee from their own team.

With the award, Brees will receive a $25,000 donation from the NFL Foundation to a charity of his choice.