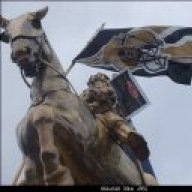 Offline
It's mainly stuff he likes. He's a Crackberry addict and has a secret enjoyment of romantic comedies.

Offline
I want one of his coins

"I collect military coins. Each unit in each branch of the armed forces has its own. They give you one as a sign of appreciation. I got one from General Petraeus and one from four-star admiral Mike Mullen. I actually made my own when I went to Guantánamo Bay to reciprocate with the troops there. It is shaped like a football, with a picture of an American flag, a marine sniper, and three words: attitude, courage, discipline. You flip it over and it has a football helmet with the Saints logo, No. 9, Drew Brees. It’s cool." 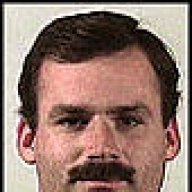 Online
I'm going to have to commit these to memory....can't consider myself a proper Drew fan/stalker without them...

"Audubon Park in New Orleans. It’s huge, with a two-mile jogging and biking trail. It also has the New Orleans zoo and an 18-hole golf course that’s rated one of the country’s top 10 executive courses. You have these big, beautiful oak trees that are hundreds of years old hanging down and draping over the course. It’s one of my absolute favorite places."
Click to expand...

i love the fact that i go jogging on the same 2 mile trail that Drew Brees enjoys.


that must mean i'm cool. 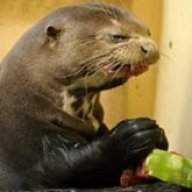 Offline
yeeees, i knew he wasn't an iphoney ..
"The Kaleidescape. It&#8217;s a system of hard drives that runs throughout your house that you can download movies and music to. You can pull up anything from it to watch on any TV. It&#8217;s pretty expensive, but it&#8217;s awesome. Each drive holds a terabyte of information &#8212; a thousand gigs &#8212; and I have 14."
I hope he only download legal stuff , i mean its going to cost a few millis to fill it legally

he likes Gladiator too, maybe we'll have to send him that photoshopped picture to him. haha.

He's also smart to spread out the love with the various major restaurants. I havent' been to all of them, but I agree on the ones I have been to.

Offline
Brees like root beer in the offseason...he needs to start drinking Barq's instead of that fruity rootbeer he drinks 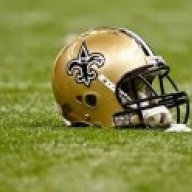 Overseas trip
I&#8217;ve been on four USO trips to seven different countries and had a chance to meet so many troops. Both of my grandfathers were in World War II &#8212; one in the army and one in the marines &#8212; so I feel strongly about supporting the military, especially in this day and age when there&#8217;s so much going on overseas. These men and women are really sacrificing everything. I want to make sure they know how much we appreciate them.

So that's the secret to why he is such a General on the field of football battle! He was bred for battle!!

On my right wrist I wear a rubber bracelet that says FINISH STRONG.
Click to expand... 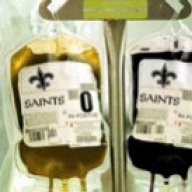 Speedy Ronzales said:
Brees like root beer in the offseason...he needs to start drinking Barq's instead of that fruity rootbeer he drinks
Click to expand...

Nah, it's all about the Abita root beer. That stuff is so good--and made with Louisiana cane sugar instead of Kansas corn syrup. For anyone who hasn't tried it yet...go get yourself some!

Audubon Park in New Orleans. It&#8217;s huge, with a two-mile jogging and biking trail. It also has the New Orleans zoo and an 18-hole golf course that&#8217;s rated one of the country&#8217;s top 10 executive courses. You have these big, beautiful oak trees that are hundreds of years old hanging down and draping over the course. It&#8217;s one of my absolute favorite places.
Click to expand...


wow, i wonder if i've discussed swapping .cod files with him without knowing