Eagles revenge is subplot in rematch versus Saints (1 Viewer) 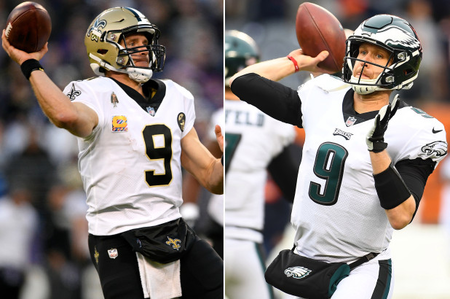 NEW ORLEANS — Get the feeling the Eagles want to distance themselves as far as possible from the last time they tangled with the Saints?

Eagles coach Doug Pederson said, “You have to push the eject button.’’ He also said, “You flush it.’’ This might be easier said than done.

As different as the Eagles believe they are from the struggling team that staggered out of Mercedes-Benz Stadium on Nov. 18 on the wrong end of a 48-7 humbling, at least a few memories of that shellacking are sure to infiltrate their minds and emotions Sunday afternoon in an NFC divisional playoff game at a venue where the homestanding Saints usually soar.

It was the worst loss ever for a Super Bowl defending champion, an embarrassment the Eagles this week were forced to confront once again after they stunned the Bears, 16-15, in the NFC wild-card round to set up this rematch with the Saints.