Emmanuel Sanders excited to land with 'pass-happy' Saints in 2020 NFL free agency: 'It means everything' (1 Viewer) 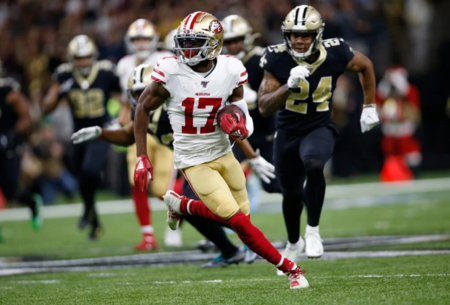 Emmanuel Sanders had options when deciding where he'd play football in 2020. The veteran wide receiver was only one quarter away from landing his second Super Bowl ring when Patrick Mahomes and the Kansas City Chiefs mounted a fourth-quarter rally to defeat the San Francisco 49ers in Super Bowl LIV, but Sanders is now in position to potentially get another shot a second Lombardi hoist. He signed a two-year contract with the New Orleans Saints in this year's NFL free agency spree -- a deal that could pay him upwards of $19 million and unites him with future first ballot Hall of Fame quarterback Drew Brees and offensive guru Sean Payton.

Sanders' decision to take his talents to The Boot might've been additionally influenced by his grandmother's wishes, seeing as he also had the Houston Texans and Dallas Cowboys on the line, but Brees announcing his return for 2020 absolutely played a part in his travel plans. ...