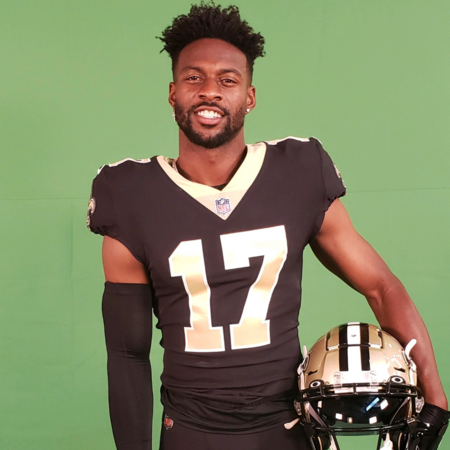 'We'll be rockin' and rollin' on a high level'

New Orleans Saints wideout Emmanuel Sanders received his playbook just this week, but the key offseason acquisition has been building a rapport with quarterback Drew Brees on and off the field since their viral workout session took place in Denver earlier this summer.

"It was really good for me," Sanders said about Brees coming to visit him in Denver. "Sometimes a lot of people, they talk about the X's and O's, but moving to a whole new city and you don't know any guys on the team so when Drew came out it kind of made me feel good to know at least when I show up the locker room I already had gotten acclimated with him. We spent two days together, went to Tropical Smoothie and had lunch and got to chop it up and get to know each other so that was that was really good as well. Sometimes, on the field that's going to work itself out, but the off the field is pretty cool to be able to get to know a guy and know what he's about with his family. So that was important."

Although Sanders is still learning the intricacies of the complex Sean Payton offense due to a shortened offseason, the 10-year veteran believes that his work ethic, along with the energy and work ethic Brees brings to the field each day, will have the quarterback-receiver duo in sync by the start of the season. ...