Dennis Allen has found himself doing a lot more crisis management than architecture on the New Orleans Saints defense this season.

Eight of his 11 projected starters have missed at least one game so far. Promising young defenders Hau'oli Kikaha and P.J. Williams are out for the season; cornerback Delvin Breaux, defensive tackle Sheldon Rankins and linebacker Dannell Ellerbe have all missed significant time already.

For the most part, Allen has refused to use the injuries as an excuse for a defense that ranks 28th in passing, 25th in rushing, 31st in yards and dead-last in points allowed so far.

But even Allen has to admit the injuries have forced him to alter some of his plans.

"I don't feel like we've had to limit or cut back those things," Allen said. "I think what we've had to do as we face some of these injury issues are figure out who do we have in the game now, what do they do well, and how does that relate to what we're trying to get accomplished?"

Offline
I believe that if Kikaha would not have gotten injured, he'd be riding as much pine as Anthony is. He wasn't going to make it at DE.

Offline
All of the talking heads on tv seem to forget how banged up we are when they make fun of our defense.

Offline
Even with the hand he is forced to play there are fans who want him fired every time the team gives up a play or they don't make a stop on a third down..........

It's like making a pot of gumbo.................do you throw it out because the water didn't boil fast enough?........... There are kids playing on this defense every week that except for special teams and spot duty no one saw them playing at all much less starting. The great thing is that they will be better players down the road because of it............ 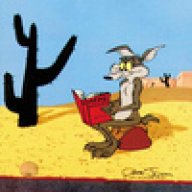 Offline
I agree with optimism about the direction. The sputters on offense are more concerning. With the D you can go "well, they were historically awful last year and had a ton of injuries yet show glimpses". The offense has neither excuse, and the Giants game really highlighted the possibilities and problems.
The Saints are a temperamental beast, like an Italian sports car: struggle to keep her in tune, but when she runs she files!

Offline
He's sitting next to at our kid's swim meet, enjoying a break from the grind.

iz2skmo said:
He's sitting next to at our kid's swim meet, enjoying a break from the grind.
Click to expand...

That's cool that you noticed him. Glad to hear he's a dedicated father in his off time.

tak said:
All of the talking heads on tv seem to forget how banged up we are when they make fun of our defense.
Click to expand...

It would require actual work, research & preparation to know that about our team. Most of the announcers we get these days are on vacation in the booth.
Show hidden low quality content