The city of Kivalina and a federally recognized tribe, the Alaska Native village of Kivalina, sued Exxon Mobil Corp. and BP PLC, seven other oil companies, 14 power companies and one coal company in a lawsuit filed in federal court in San Francisco.

Kivalina is a traditional Inupiat Eskimo village of about 390 people about 625 miles northwest of Anchorage. It's built on an 8-mile barrier reef between the Chukchi Sea and Kivalina River.

Sea ice traditionally protected the community, whose economy is based in part on salmon fishing plus subsistence hunting of whale, seal, walrus, and caribou. But sea ice that forms later and melts sooner because of higher temperatures has left the community unprotected from fall and winter storm waves and surges that lash coastal communities.

Offline
Good luck doing that in a court of law, where proof will be required...

Offline
They need to aim bigger. File a lawsuit against every person on the planet.
OP
OP

MLU said:
Good luck doing that in a court of law, where proof will be required...
Click to expand...

That is what I thought until reading the suit was filed in San Fransisco. It wouldn't be surprising to see them win in San Fransisco before it gets thrown out by the Supreme Court.

Offline
San Fransisco or not, they're still going to need science to back them up. Global Warming caused by Man is the biggest scam going. It's proof that the GOP/Right doesn't own the rights to Fearmongering.

Offline
Not only do they have to proove that GW is caused by humans, but that it is caused by those companies in particular. silly

Offline
...or to prove GW in the first place. 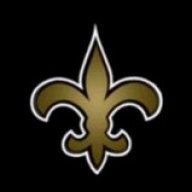 MLU said:
San Fransisco or not, they're still going to need science to back them up. Global Warming caused by Man is the biggest scam going. It's proof that the GOP/Right doesn't own the rights to Fearmongering.
Click to expand...

I couldn't agree more that Global Warming caused by man is a load of ****. I agree that they should have to prove global warming is caused by man but San Fransisco was targeted to hear the case for a reason.

Offline
While I think those that have somehow defied all current scientists and have concluded so adamantly that man has had NO role in global warming is one of the most laughable things i've seen in my life, this case is pretty silly itself.

Offline
I wonder if they still accept those Permanent Fund dividend checks?

geauxboy said:
...or to prove GW in the first place.
Click to expand...

There is no denying that Global Warming exists. It is just unproven that man is the cause of it.


N.O.Bronco said:
While I think those that have somehow defied all current scientists and have concluded so adamantly that man has had NO role in global warming is one of the most laughable things i've seen in my life, this case is pretty silly itself.
Click to expand...

I don't know of anyone who says that man has NO role (at least on this thread), but science supports that there is no proof that man contributes to Global Warming. IMO, it's extremely arrogant to think that we can have that kind of effect on the planet. It will be here long after we are gone. We're like a mild case of eczema.

N.O.Bronco said:
While I think those that have somehow defied all current scientists and have concluded so adamantly that man has had NO role in global warming is one of the most laughable things i've seen in my life, this case is pretty silly itself.
Click to expand...

ALL current scientists? You sure about that?

MLU said:
There is no denying that Global Warming exists. It is just unproven that man is the cause of it.

Science supports that there is no proof that man contributes to Global Warming.
Click to expand...

I'm only passing through, because this issue has been beaten to death, but you've never made a remotely compelling case on your side. This statement here is just silly, because again, there are plenty of things we can't prove with 100% certainty, but which still allow us to build reliable and predictable models.

I know that your argument at it's base is that it's arrogant to think that man can change the weather/climate in any dramatic way. You would probably be right to say that the earth is flexible, adjustable, and can rebound from almost anything man throws at it. However, that completely ignores the fact that the environmental conditions which humans need to live in, are relatively narrow. So it wouldn't take a major change to affect human beings. The earth will go on, but that doesn't mean it will go on in a way conducive to human beings.

The evidence for human induced change crosses so many fields of study now, fields that are completely unrelated, areas of study that have nothing to gain or lose from findings of global warming or findings that it doesn't exist--to claim it's all just some sort of left-wing conspiracy is, without trying to be rude, just silly.

There may well be exaggeration or fearmongering where there is a buck to be made. There are many more bucks to be made by asserting that there is no climate change.

I've been around the block on this, and most people who post on these threads have almost no background in science, and reference their arguments to web sites with dubious financial support.

EDIT: I see you clarified your point that there is climate change, but it just can't be proven to be man made. I still stick by my arguments, with the qualification that while it's possible some of it is cyclical, there is in fact evidence that human behavior is a contributing factor.
Last edited: Feb 27, 2008

bclemms said:
That is what I thought until reading the suit was filed in San Fransisco. It wouldn't be surprising to see them win in San Fransisco before it gets thrown out by the Supreme Court.
Click to expand...

It was filed in San Francisco because that's where the ninth (?!) circuit court is located, which would cover Alaska.

That said, I agree with you - they're known for making all sorts of wacky rulings that are later tossed out.

Offline
I was wondering when you might show up after I posted that, Shawn.

I have never really had the time or desire to go into depth about it. It's just incredibly silly to think that we're going to have that much impact on something so large. Most people can't even grasp how large the atmosphere is and how minute of a percentage is carbon dioxide to begin with. This idea that we're causing the planet to heat up is nothing more than rhetoric that's pounded into our heads every time you turn the TV on. It's fearmongering and nothing more. It has nothing to do with politics.

For example, look at how the Chernobyl incident was portrayed and the estimated impact it would have on the environment. It was predicted that eventually millions would die from the environmental effects and years later than number is less than 100. We clearly do not understand environmental impact like we think we do.

Over 30 years ago, scientists (some of which are behind the Global Warming movement) predicted a "Global Cooling" that would lead to an ice age. Not only did that not come true, but it reversed course and we're in a warming trend again.

We can't even [predict ocean currents a week or two in advance, but we have science that can predict or explain the cause of Global Warming and the impacts years from now?

Why do I have to make the case? Why do supporters of man-made Global Warming not have to prove theirs first? Opinions in greater numbers is consensus, not science.

Technically, we're still warming from the "little Ice Age" of the Middle Ages. The warming trend is estimated to have begun in the early 1800's. (I say estimated because how can we really trust historical weather data from the 1800's?) Most of this century's global warming occurred before WWII (1942-ish), yet that is left out of these discussions. So if man is the cause (or has a significant impact) we release more carbon dioxide into the atmosphere long before every family had two Suburbans in the garage. Global warming has not kept up with man's advances in industrialization this century, lending one to doubt the impact that we have.

It has been deduced that carbon dioxide emissions are "self-limiting" meaning that when it warms in one areas, the planet cools in another. The planet as a whole does not warm it's entire surface entirely. Just these past few months there has been indication that many glaciers not only are not shrinking, but growing. Further indication that we do not know what we're talking about when it comes to environmental science as it relates to our impact on it.

Speaking in absolutes is dangerous. There is evidence to support both sides, but people talk of global warming caused by man as fact and it's not. There is far more evidence to support that this is a natural cycle than caused by man. I certainly favor limitations and management of the environment, but I am going to need some solid evidence and not speculation before I start my 'Save the Planet' campaign.

My knowledge isn't extensive. It's limited to documentaries and articles. It's not based on CNN, NBC, FOX, etc. All I ask for is some scientific consistency before I start accepting something as absolute and factual.
Show hidden low quality content