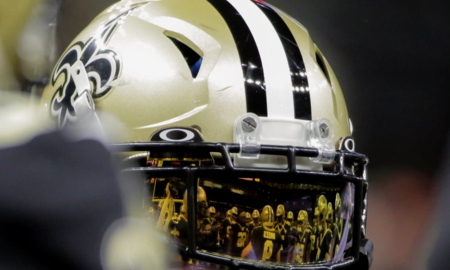 Just how good can the New Orleans Saints be in 2020? On paper, they have one of the best starting lineups you’ll find around the league — and that carries over to their Pro Football Focus grades, which ESPN broke down on a team-by-team basis to rank the best rosters in the NFL.

The top spot belongs to the Baltimore Ravens, which makes sense considering that’s where the reigning league MVP plays football. But Lamar Jackson is joined by a supporting cast of high-level talents like Mark Ingram, Calais Campbell, Marcus Peters, Ronnie Stanley, Earl Thomas, and a host of other big names. It shouldn’t shock anyone if the Ravens end up sprinting into Super Bowl LV.

Meanwhile, Super Bowl LIV’s contenders, the San Francisco 49ers and Kansas City Chiefs, placed third- and fourth-best, respectively. But the Saints ended up ahead of both of them, owing to an offense that hasn’t slowed down and a defense that’s finally caught up.