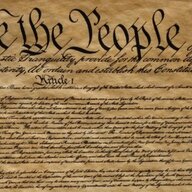 Offline
OK as a Husker fan, and a Scott Frost fan, it really kind of pissed me off how the four-lettered network keeps pushing the Scott Frost fail narrative concerning Joe Burrow. Yes we all know that Joe parlayed his skills to the top of the food chain but lets not kid ourselves. Joe was able to flourish at LSU because he was surrounded by a boat load of talent as well as his personal development. He wasn't going to win the Heisman at Nebraska. Can we agree on that? Yes, it sucks that he could've been a legacy player in Nebraska. At the time that this all went down, Scott had to make a decision, Can't fault him on that. I will be rooting for Burrow to succeed in Cincinnati. Which, ironically, he will be coached by former Nebraska QB , Zac Taylor. Anyway to put it into perspective, here is a clip I felt covers the bulk of it. Bottom line, I w hate the 4-lettered network. Also, I was surprised when I turned my tv to NFL Network to watch the draft and low and behold, its taken over by the 4-lettered net. https://www.cornnation.com/2020/4/2...ow-comment-lacks-needed-context-nebraska-news
Last edited: Apr 27, 2020

Offline
Here's where I have a problem with your point: Frost didn't even entertain the idea of Joe Burrow.

Did LSU know that Burrow would be a Heisman one day? If you ask Ed Orgeron, he'll tell you that it was a damn good possibility. They get the Burrow family involved and made sure he came for a visit. During that visit, the staff (as well as Burrow's family) was introduced to a guy that Orgeron said (that same day) was the smartest guy in the room. Much has been written about that weekend trip. The staff spent 3 hours talking football, diagramming plays, picking Joe's brain on the whiteboard, etc just one afternoon and learned that he was not just some guy who got the short end of the stick at tOSU. LSU knew they had a guy that was Peyton Manning caliber in preparation and knowledge THAT WEEKEND.

Sure, Burrow had weapons but LSU has always had weapons. The difference was a QB who displayed and demanded maximum effort. A QB that recognized defenses at a level not seen in the SEC since Manning.

Where Scott Frost failed was not even considering Burrow. As a Nebraska can you should be pissed. I can promise you that if LSU was in that situation, LSU fans would be calling for Orgeron's head now.
Show hidden low quality content