Every NFL Playoff Team's Biggest Cause for Concern (1 Viewer) 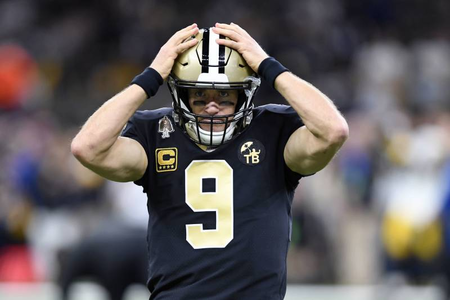 Biggest Cause for Concern: Penalties

There aren't many holes to poke in the New Orleans Saints, arguably the most complete team in the NFL.

Drew Brees threw 32 touchdowns against five interceptions in the regular season. His team's running game is strong (126.6 yards per game, good for sixth). Eight of his targets—led by wide receiver Michael Thomas (nine TDs)—have multiple touchdown catches. The defense has generated 49 sacks (tied for fifth) while only permitting 21.3 points per contest over 15 meaningful games.

The Saints have home-field advantage locked up, but the offense has been trending downward. The team only scored 10 points in a Week 13 loss to Dallas. A 28-14 win over Tampa Bay the following week wasn't impressive, nor was a 12-9 victory over Carolina. Things got better in a 31-28 defeat of Pittsburgh, but one thing stuck out: flags. ...