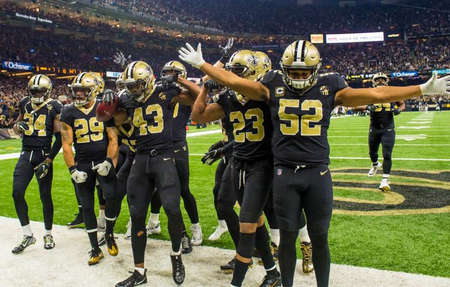 If you've watched the NFL this season, you've likely picked up on a new trend amongst defenses.

An interception or fumble, no matter how significant, typically ends with the defense, as a unit, rushing to the end zone to "pose" for a team photo.

The celebration has taken the league by storm this year, and New York Jets safety Jamal Adams thinks it's time it was put to rest. With one exception -- the New Orleans Saints.

The former LSU standout stopped by Bleacher Report's Simms & Lefkoe: The Show Wednesday to chat with hosts Chris Simms and Adam Lefkoe when the topic of the defensive celebration being overused came up.

Adams, who has three forced fumbles and an interception in his second year with the Jets, is over the trend, claiming that "it's getting old" and he "hates" it. ...