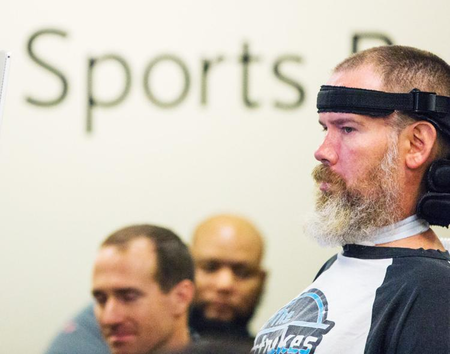 BY WILL SENTELL | The Advocate

The measure, which earlier passed the U.S. Senate without objection, cleared the House 390-2 and is headed to the desk of President Donald Trump.

"Through his work to help others who are disabled, Steve Gleason has changed so many lives for the better," U.S. Sen. Bill Cassidy, R-Baton Rouge, said in a statement.

"As more members of Congress heard about Steve's work, the support for this bill only grew," said Cassidy, chief sponsor of the measure.

"Steve is a hero to many and I'm proud we got this done to honor a great American."

Gleason, 41, has amyotropic lateral sclerosis, or ALS and also known as Lou Gehrig's disease after the New York Yankees star of the 1920s and 1930s. ...