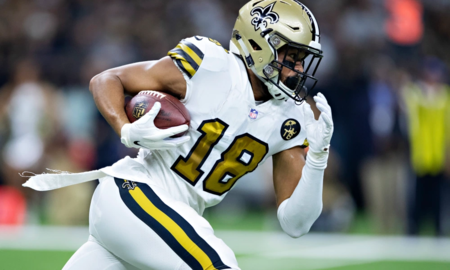 Teddy Bridgewater will be bringing one of his New Orleans Saints teammates with him when he joins the Carolina Panthers. ESPN’s Adam Schefter reported Thursday that third-year wide receiver Keith Kirkwood agreed to terms with the Panthers after weighing offers from four interested teams.

The Saints chose not to keep Kirkwood around on a minimum-salary contract tender at the start of the new league year, but they reportedly kept the door open for him to return. Instead, a player they could have easily retained will now join a division rival. Because he was an exclusive-rights free agent, Kirkwood’s loss will not factor into the NFL’s compensatory draft pick formula.

Kirkwood spent the 2019 season on injured reserve, recovering from a serious hamstring issue. ...