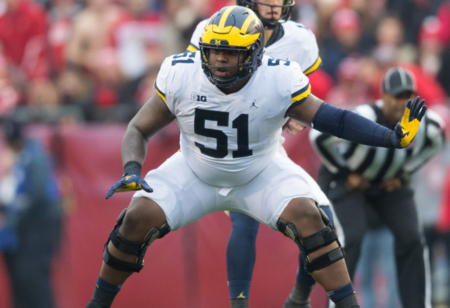 When the 2019 college football season started, Michigan offensive lineman Cesar Ruiz was considered a fringe first-round selection for the 2020 NFL Draft. After a strong year in Ann Arbor, Ruiz heard his name called on the first night of the draft.

Ruiz was the No. 24 overall selection in the 2020 NFL Draft, going to the New Orleans Saints. Though he’s been a member of the squad for only two months, he’s already making a strong impression.

In an interview with NewOrleansSaints.com, offensive line coach Dan Roushar says he’s been very impressed with Ruiz early on.