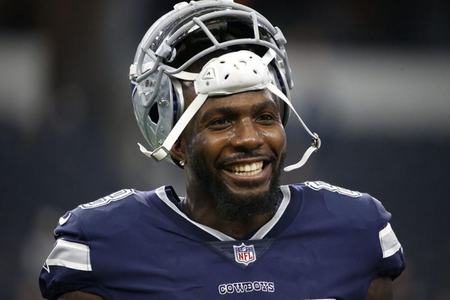 FRISCO, Texas — As a group, the Dallas Cowboys are admittedly down in the dumps about their own failing situation at 3-5. But they were perked up and excited about the news of former teammate Dez Bryant signing a one-year deal with the New Orleans Saints on Wednesday.

Bryant, 30, the Cowboys all-time leader in touchdown receptions, has been unemployed since being released on April 13 after eight combustible, but often spectacular seasons.

Receiver Cole Beasley sent Bryant a congratulatory tweet and linebacker Jaylon Smith did the same while adding he wanted to swap jerseys with Bryant when the two teams meet at AT&T Stadium on November 29.

Equally giddy running back Ezekiel Elliott swapped text messages with Bryant after getting off the practice field, telling him congrats as well, while already anticipating the homecoming matchup at the end of the month. ...