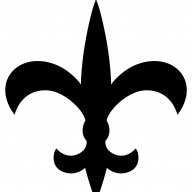 Offline
After 2013, it was clear offense was a problem for us. Many people wanted defense this season. We drafted Cooks which was a need but when we lost DLP we had a hole at C and in the draft we never addressed it. Then go and sign Goodwin in a desperation attempt.

While our defense was bad, the offense played abysmal in many games because of the center position and a injured Evans. We underperfomed offensively against Cleveland, Minnesota, TB(until we rallied), late in Detroit(and could have scored more), Cincinatti, Carolina, Chicago(they were bad), Atlanta, and TB again. Week 1 against Atlanta Brees played poorly. We put the early blame on forcing passes to Colston and Graham and not getting Cooks involved. As the season went on, the problem was oline.

That next offseason, we had issues at three positions...C, RG, LG. Payton decides to hold onto Evans thinking he would be healthier and play better. But after the trade for Unger we trade away Grubbs, a complete surprise and never knew Brees did not get along with him until after the trade. Which was the third oline problem. That said Grubbs was better than what we ended up with at LG. In the draft we draft a LT. Fans, not the FO, say he was drafted to be a guard to replace Evans eventually. He was never no such position. We pretty much went into 2015 with Lelito as a LG.

Then this was when the issues began. We had some awful games against good defensive teams. The guard play was a glaring issue and Streiff was playing off assignment too much. Armstead started getting banged up and while he played most games he was playing hurt. Peat had been playing LT at times and RT for Streiff late in the season. He did well. Evans was missing games and Kelemete ended up playing RG and not doing a good job with it.

That offseason, we ignore the oline completely and rely on undrafted FAs to help. None of which helped at all. The FO had no plan in place for Peat either planning to have him play RG, where he didn't fit or all over the oline. None of the guards we brought on could make the starting roster. As a result, the interior of our oline has been our downfall again. There were games where Peat would play well in Armstead's place which meant there was a void in the LG position.

So here we are, four straight years with oline issues and none being addressed in short order either. This is my big problem with Payton because we make the playoffs one of these seasons with a good oline. Today's game for Brees not to even care about competing said it all. I don't care how bad the defense is, the offense stalling makes it worse than what it really is.

SP said in 2013 offseason that he loses sleep at night over the offensive line. Yet he's not been good at correcting the issues that mounted after another since then.
Show hidden low quality content