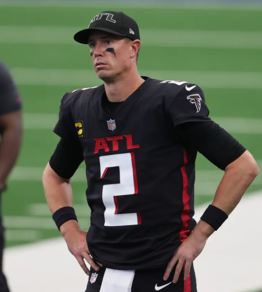 The Atlanta Falcons head into today's matchup with the Dallas Cowboys desperate for a win. Following last week's loss to the Seattle Seahawks, the Falcons were up against the wall trying to avoid an 0-2 start, which often means doom in terms of making the playoffs.

The Falcons received the opening kickoff, and proceeded to go three-and-out after two runs and a pass on third and short.

After another punt, the Deion Jones strip-sacked Dak Prescott and John Cominsky recovered the fumble.


In short order, Matt Ryan found Calvin Ridley for a 22-yard touchdown to give the Falcons a 7-0 lead with 10:58 remaining in the first quarter. ...