One of the most unforgettable moments in Saints history will again be celebrated Monday when the Falcons visit for a Week 3 rematch of their now-mythical 2006 Monday Night Football matchup.

In that game (New Orleans' first at home since Hurricane Katrina the year prior), Saints safety Steve Gleason blocked a punt that was returned for a touchdown: That play provided the spark for a Saints victory, and served as a symbol of the franchise&#8217;s return to New Orleans as well as the resiliency of the Gulf Coast area. It has been immortalized in front of the Mercedes-Benz Superdome with a sculpture and plaque titled, &#8220;Rebirth.&#8221;

Little did Michael Koenen know at the time that he too would be forever remembered in Saints lore.

The former Falcons punter is the other player featured in the nine-foot statue, bronzed with his right leg extended as Gleason deflects the football. Koenen still has a vivid recollection of what happened, even a decade later.

&#8220;Gleason got through the middle untouched and I hurried,&#8221; Koenen told Sporting News in a telephone interview Friday. &#8220;I actually didn&#8217;t see him beforehand because I don&#8217;t pay that much attention to the rush. But the next thing I know he blocked it.

Offline
Does Atlanta have statues of any of their players outside their stadium?

I'd bust a knowing smile if they didn't, because we've got it covered..

Offline
Thanks for the story: Koenen's perspective hasn't been told often so it's interesting to get the comments he shared here, brief though they are. That's a tough break he had with his digestive issues, and hopefully he has overcome them.

Offline
You know the Saints had to really get a good laugh when the designing of that statue involved literally having a Falcons player in it.

Offline
The tribute; the man: 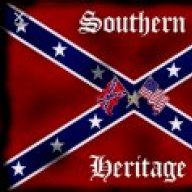 Offline
Colitis sucks. I work on a hospital floor that has patients with colitis coming through frequently. It's not on the level of ALS, but it can be debilitating.

JBryan314 said:
Colitis sucks. I work on a hospital floor that has patients with colitis coming through frequently. It's not on the level of ALS, but it can be debilitating.
Click to expand...

Koenen seems pretty cool. I hope he recovers and lives a long and healthy life.

Along the lines of being immortalized in the ballpark of the opponent, the Baltimore Orioles put a bronze plaque in Eutaw street to commemorate any home run hit out of the park over the right-field fence. A light-hitting Seattle Mariners player, when told of the honor after he hit a 450-foot shot "Really?? That's pretty cool. I can tell you there aren't many places putting up a plaque in may honor, so I'm going to have to bring my family here to see it"