Falcons - Saints: Reactions and gnashing of teeth from The Falcoholic staff (1 Viewer) 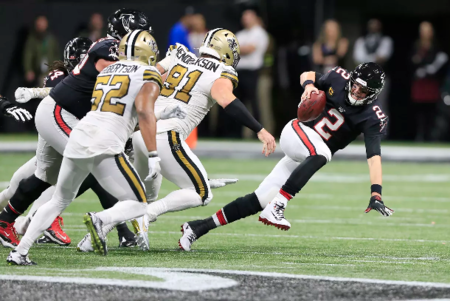 By Dave Choate | The Falcaholic

We took a little time to gather ourselves with the long holiday weekend, and now we’re ready to talk about the Falcons.

We are not happy about them.

If the win against the Saints and the Panthers in back to back weeks felt like a mini-revival, this game was the confirmation of the end. Not only did the Falcons incredibly slim playoff hopes die, the coaching future for Dan Quinn, Dirk Koetter and others died with it. It was another dismal performance highlighted by the brutal assault of Matt Ryan to the tune of 9 sacks. While the defense played well considering the circumstances, it was ultimately the kind of loss that leaves a sour taste in the mouth of fans and ultimately, the owner. With four more games to go, it’s time for this team to think about the future. - David Walker