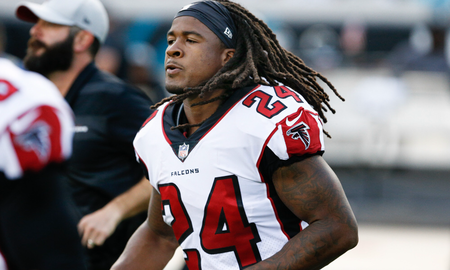 The New Orleans Saints and Atlanta Falcons published their final injury reports before kicking off Week 3 on Sunday, Sept. 23. Here’s what was made official on Friday:

Starting nose tackle Tyeler Davison (foot) will not play, as expected after sitting out two full weeks of practices in a walking boot. Linebacker Manti Te’o (knee) will also miss Sunday’s game after not participating in any practices during the week leading up to it.

Just three other Saints were listed on Friday’s injury report, and they were all limited participants just as they were earlier in the week. Starting left tackle Terron Armstead (knee) and left guard Andrus Peat (ankle) should both expect to play heavily against Atlanta, as well as wide receiver Ted Ginn Jr (knee). The Saints roster is in considerably better health than the Falcons’ three weeks into the 2018 regular season.

Five of Atlanta’s opening-day starters will not play in this game. We knew going in that three of them would be out of action, having landed on injured reserve earlier in the month: left guard Andy Levitre, linebacker Deion Jones, and defensive back Keanu Neal. Two new starters were added to this key listing: defensive end Takkarist McKinley (groin) and tailback Devonta Freeman (knee). ...