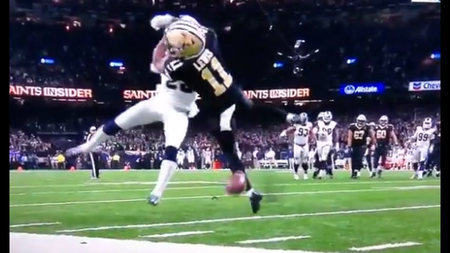 The result of a playoff game has never been reversed nor replayed in NFL history, but extraordinary situations call for extraordinary measures. The blatant no-call affected the outcome of the entire game. A pass interference call would have given New Orleans a first down late in the game and a chance to ice it if the Saints scored a touchdown -- a touchdown the team was in great position for.

The Saints should be Super Bowl-bound but were robbed by incompetent referees. The league has the chance to redeem itself by calling on the power of Rule 17, Section 2 of the NFL rule book. The league needs to replay this game.

Got enough salt there, Saints fans? Teams have to deal with bad calls on a regular basis. Unlike you, they get over it because it's just a game.

Thursday, the New Orleans City Council goes on the record, meeting to vote on a resolution calling the no-call an "injustice" and calling on the NFL to conduct a thorough review of its rules. ...