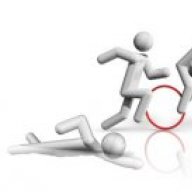 Online
Per Rotoworld Fernando Bryant was released today, I don't know much about this guy does anyone else? Would he be a quality pickup this off season?
http://www.freep.com/apps/pbcs.dll/article?AID=/20080225/SPORTS01/80225033/1049/rss14

Offline
he looks like he weighs about 50 lbs.
I've never heard of him.

Offline
He comes from cover 2 scheme.

The_Burning_Bush said:
He comes from cover 2 scheme.
Click to expand...

Bryant signed with the Lions in 2004, in which Mariucci was the coach...I believe Mooch didn't run a cover-2 (I think he ran man). Bryant had to play cover-2 this year and last cause that's what their HC runs.

Still Bryant is 30 and injury prone (this year was his 1st full season)....I'd only sign him for depth and that's it.

Offline
I'm pretty sure the 7th comment on the article just about sums it up:

"Thank God they released Bryant...I could never understand why they signed the slow, always hurt, midget in the first place. "

Online
Bryant was cut from the Lions for the same reason Dry Bly was traded... he's a cover CB playing out of his element.

Bryant was a solid CB when he played for the Jags... teams didn't throw at him much... he played that into a huge contract with the Lions. Once Merinelli brought over the cover-2 scheme bryant was like a fish out of water (as was Bly).

I'd prefer him over Samuel simply because he'd be alot cheaper, and would have similar production... IF we can get some folks to get after the QB. 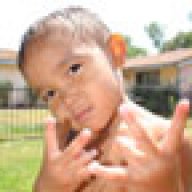 Offline
i didnt even know he was still in the league

Offline
Shotgun CB this offseason. If they can't cut it, no harm done.

Offline
He would be a good upgrade if the Saints decide to take a look at him.

Online
i think the saints went after a few years ago, haslett loved him. what the hell, bring him in we need some depth.

Offline
I say just go after any and all CBs. Use the ole "throw it against the wall and see what sticks" method. Nothing else has worked, so why not. 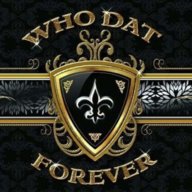 You do realize very few if an Corners ever come in this league and actually produce early right... No CB at 10 will come in and play like Deion or Rod Woodson or Champ Bailey heck most will look as a slight upgrade of that CB we got from Oregon back when we should of taken Eddie George... blocked out his name from memory...