We go through this every offseason with these early depth charts.

Offline
Underhill calling it weird also adds some intrigue to it. Truth is they want to get other guys work. They may be looking to keep 4 TEs and want to get the younger guys some looks to see who flashes.

-Ahh I see. Hill/Allen will get some work "Hills had a quiet camp"
-Coleman is now the #4 behind Cooks. Thomas is 3rd.
-Onyemata will prob move up to 2nd team.
-Von Bell has leaped Erik Harris likely to get him some work and keep Harris ready for the 3rd game.
-RJ Harris/Reggie Bell are going to get a good look this 2nd game. Aren't cuts coming up soon?
-Stupar will prob get a lot of work. Will start at Sam and maybe flip to Will when the 2nd unit comes in
-Kelemente,Allen, and Lemon look to be online for a lot of work.
-Hightower will get a lot of work and that interest me because myself and others think he's in a battle with Lasco and this could be an audition for another team. Lasco would appear to be more valuable due to his ability to play STs
-Or maybe Payton would keep 5 RBs because they are more talented than other players.
-Crawley and Harris are going to get a lot of work.
- Keenan Lewis intrigues me too. The fact that he's spoken out and said IR isn't in his plans means he's been informed that's a possibility. In fact the designation to return may have been an option but Sheldons injury has no muddied the waters for Lewis. That would almost make Finnegam a lock. Breaux,Williams,Finnegan,Swann,Harris,Crawley is a possibility if he can't get healthy.

Offline
Keep in mind, this is all "Unofficial".

Online
Why is Hakken Nicks listed? Was he cut or not?

Offline
Hakeem Nicks made the depth chart from the street, hmm there goes the credibility

I love coach, but that would be completely in keeping with his personality and that of the mentor he claims. He's not really a branch off the Parcells tree, but it's the tree he claims.

In the end, winning cures everything. And we'd better have some home remedies brewing with these coupla injuries on defense.

So will the Saints as the season progresses. If TLL keeps balling the way the way he has and Coleman doesnt step up, its a real possibility. If Coleman was 5'7 he doesnt make it to the NFL.

Online
To go with Nicks still being on the roster, it still has Rankins starting at 3tech when he is gonna be out for a while 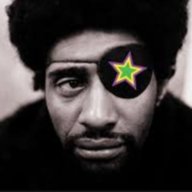 ELLIASJWILLIAMS said:
-Hightower will get a lot of work and that interest me because myself and others think he's in a battle with Lasco and this could be an audition for another team. Lasco would appear to be more valuable due to his ability to play STs

Seems that everybody wants to make it some kind of battle between Lasco and Murphy or, to your point, Lasco and Hightower, but I don't think we can't sleep on Cadet. There is a comfort level there that, at this point, is almost ingrained.

Nothing is certain, but I think he has as real a chance as anybody not named Ingram and Spiller.

Offline
Fleener is third string because there is a real battle between Hoomanawanui and Allen for a spot. Apparently the staff wanted to give them equal reps against equal competition, so Fleener (a known commodity) will be relegated to spot duty off the bench.
Show hidden low quality content