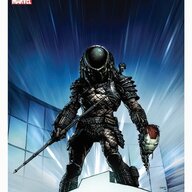 Offline
Sorry if this has already been posted.

PENSACOLA, Fla. - Seven former guards at a juvenile boot camp were charged with aggravated manslaughter of a child Tuesday in the videotaped pummeling of a 14-year-old boy who later died — a case that led to the dismantling of Florida's military-style detention system for young offenders.

Also charged was a nurse who can be seen on the tape watching as guards repeatedly kneed and hit Martin Lee Anderson during a 30-minute scuffle on Jan. 5. Guards said the boy was uncooperative and had refused to participate in exercises.

The teen collapsed in the exercise yard at the camp in Panama City and died at a hospital the next day.

The death sparked protests at the state Capitol and led to a shake-up in Florida's criminal justice system and the resignation of Florida's top law enforcement officer.

If convicted, the former guards and the nurse could get up to 30 years in prison. Bail was set at $25,000 each.

Pamela Bondi, a spokeswoman for special prosecutor Mark Ober, said that the defendants are to be arraigned in mid-January and that they will be tried together.

Anderson had been sent to the boot camp for violating probation in a theft case. Boot camps often use grueling exercise to instill discipline in juvenile delinquents.

An initial autopsy found Anderson died of complications of sickle cell trait, a usually benign blood disorder. But after an uproar and cries of a cover-up, a second autopsy was conducted by another medical examiner, and it concluded Anderson suffocated because of the actions of guards.

Offline
I have the sickle cell trait and I survived many a road march with it.
Show hidden low quality content