Focus on New Orleans: Why Raiders should be worried about how Saints won opener (1 Viewer) 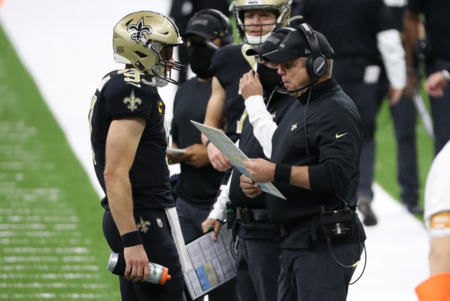 Raiders face Saints, who beat Tampa Bay despite Michael Thomas being hurt, and struggles from Drew Brees and Alvin Kamara

As the Raiders dive into preparations to face the Saints next Monday night, there were four developments from New Orleans’ opener that shouldn’t fool them.

Perennial Pro Bowl quarterback Drew Brees played what even he admitted was an “awful” game.
All-Pro receiver Michael Thomas had the poorest statistical game of his illustrious five-year career.
Coach Sean Payton said he’s probably never had a worse game calling plays.
Alvin Kamara had the ugliest rushing numbers of any qualifier in the league this week.

Individually, these occurrences can be seen as encouraging signs for a team welcoming the Saints into town. Collectively, they should concern the Raiders greatly considering these all took place while New Orleans was handing a talent-laden Tampa Bay team a double-digit defeat. ...