Football in the South (1 Viewer)

Planning for the fall football season in the South is radically different that up North. For those who are planning a football trip South, here are some helpful hints.

NORTH: Chap Stick in back pocket and a $20 bill in front pocket.

SOUTH: Louis Vuitton duffel with two lipsticks, waterproof mascara, and a fifth of bourbon. Money not necessary – that’s what dates are for.

NORTH: 5 days before game you walk into the ticket office on campus.

SOUTH: 5 months before the game you walk into the ticket office on campus, make a large financial contribution and put name on a waiting list for tickets and getting a dorm named after you.

NORTH: Students and teachers not sure they’re going to the game, because they have class the next morning.

SOUTH: Teachers cancel Friday classes because they don’t want to see the few hung over students that may actually make it to class.

NORTH: An hour before the game, the University opens campus for game parking.

NORTH: A few students party in the dorm and watch ESPN on TV.

SOUTH: Every student wakes up, has beer for breakfast, paints their face in school colors, and rushes over to where ESPN is broadcasting “Game Day Live” to get on camera and wave to the idiots up north who wonder why “Game Day Live” is never broadcast from their campus.

NORTH: Raw meat on a grill, beer with lime in it, listening to local radio station with truck tailgate down.

SOUTH: 30-foot custom pig-shaped smoker fires up at dawn. Cooking accompanied by live performance by Dave Matthews Band, who come over during breaks and ask for hits from bottles of bourbon.

Getting to the Stadium:

NORTH: You ask “Where’s the Stadium?” When you find it, walk right in.

SOUTH: When you’re near it, you’ll hear it. On game day it becomes the third largest city in the state.

NORTH: Drinks served in a paper cup, filled to the top with soda.

SOUTH: Drinks serves in a plastic cup, with team mascot on the side, filled less than halfway with soda, to ensure enough room for bourbon.

NORTH: Stands are less than half full, nobody sings.

SOUTH: 100,000 fans, all standing, sing along in perfect four-part harmony.

Smell in the Air After First Score:

SOUTH: Fireworks, with a touch of bourbon.

SOUTH: “Dammit, you slow sumbitch – tackle him and break his legs.”

NORTH: “My, this certainly is a violent sport.”

SOUTH: “Dammit, you slow sumbitch – tackle him and break his legs.”

SOUTH: Announcer harmonizes with the crowd in the fight song, with a tear in his eye because he’s so proud of his team.

SOUTH: Another rack of ribs goes on the smoker, while somebody goes to the nearest package store for more bourbon, and planning begins for next week’s game.

Nothing else in the universe comes even halfway close to the glories of Southern football!

And for SEC fans:

HOW MANY SEC STUDENTS DOES IT TAKE TO CHANGE A LIGHT BULB?

At VANDERBILT: it takes two, one to change the bulb, and one more to explain how they did it every bit as good as the bulbs changed at Harvard.

At GEORGIA: it takes two, one to change the bulb and one to phone an engineer at Georgia Tech for instructions.

At FLORIDA: it takes four, one to screw in the bulb and three to figure out how to get stoned off the old one.

At ALABAMA: it takes five, one to change it, three to reminisce about how The Bear would have done it, and one to throw the old bulb at an NCAA Investigator.

At OLE MISS: it takes six, one to change it, two to mix the drinks, and three to find the perfect J. Crew outfit to wear for the occasion.

At LSU: it takes seven, and each one gets credit for five semester hours.

At KENTUCKY: it takes eight, one to screw it in, and seven to discuss how much brighter it seems to shine during basketball season.

At TENNESSEE: it takes ten, two to figure out how to screw it in, two to buy an orange lampshade, and six to phone a sports talk radio show and yammer on about how much they hate Alabama.

At MISSISSIPPI STATE: it takes fifteen, one to screw in the bulb, two to buy the Skoal, and twelve to yell, “Go to hell, Ole Miss!”

At AUBURN, it takes one hundred, one to change it, forty-nine to talk about how they did it better than Bama, and fifty to get drunk and roll Toomer’s Corner when finished.

At SOUTH CAROLINA: it takes 80,000, one to screw it in and 79,999 to discuss how this finally will be the year that they FINALLY have a decent football team.

At ARKANSAS: None. There is no electricity in Arkansas.

Offline
I hearby reference Man-law #4789 (No weather is too bad for football.) and demand the State of Alabama be put on probation.

A high school here actually postponed a game because...sit down...the field was "too wet" to play the day after it rained. 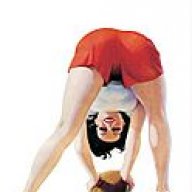