For Saints, preseason opener against Jaguars is about putting players in position to make an impression (1 Viewer) 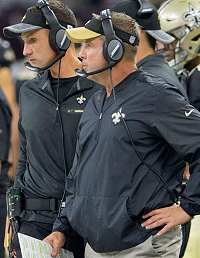 Preseason NFL football is only a reasonable facsimile of the real thing.

The venues are the same, but the crowds are smaller. The games are televised, but not across the country. Plenty of talent is on the field, but the brightest stars are often on the sideline.

But the biggest difference might be in the way the NFL prepares for the preseason. In a league where the chess match is so important during the regular season, the preseason is about finding out how unknown commodities react in the moment.

When the New Orleans Saints visit the Jacksonville Jaguars at 6 p.m. Thursday in their preseason opener, the game will be less of a chess match and more like poker — a test of individual skills and man-to-man competition. ...