For the Packers, the Saints are like looking in the mirror (1 Viewer) 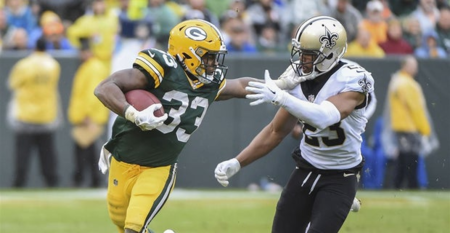 An offensive guru, a Hall of Fame quarterback, star running back and receiver walk into a bar. Presumably this week that bar is on Bourbon Street and those four guys will run into a foursome who look remarkably similar. Matt LaFleur hopes to get where Sean Payton already cemented himself as one of the best coaches in the game with a Super Bowl trophy and bonafides as one of the best offensive minds in the game. Davante Adams and Aaron Jones likewise view their counterparts as aspirational, but in recognition more than productivity. Adams and Jones already play on the level of Michael Thomas and Alvin Kamara, but haven't been recognized as such. And when it comes to Drew Brees and Aaron Rodgers, their paths followed remarkably similar trajectories for a long time, with Brees nabbing his Lombardi Trophy in 2009, the year before Rodgers and the two battling it out for MVP in 2011.

Since then though, Brees went through a wandering in the wilderness yet faced no criticism and the last few years, reascended in the league hierarchy with Rodgers tumbling down in the public eye. This season though, Rodgers' rejuvenated play lands him back in the MVP race while Brees' erratic throws and juiceless arm have raised questions. Winning a game like Sunday's tilt at the Superdome would help answer that question and all of those above. It would also give the winning foursome a headstart on that next Lombardi.

The Rodgers vs. Brees storyline couldn't be more different from 2011 when these two teams squared off at Lambeau in a Week 1 thriller. Both quarterbacks played at the peak of their powers, Rodgers in one of the most incredible seasons we've ever seen and Brees likewise putting together a tour de force season, each with bad defenses. Over the years since, the Saints muddled through a slew of 7-9 seasons, but the criticisms that dogged Rodgers and Mike McCarthy never made their way to Louisiana. Must not have been able to afford a direct flight or the French Quarter hotels during peak season. ...