Forecast: The Saints win was the only normal thing on Sunday (1 Viewer) 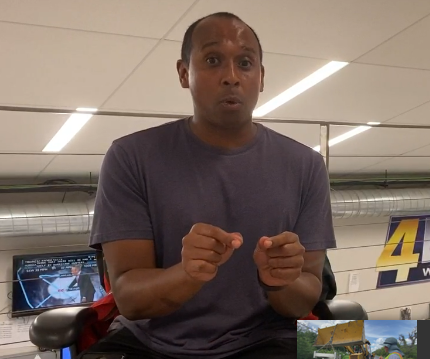 NEW ORLEANS — The New Orleans Saints dominated the Tampa Bay Buccaneers, made Tom Brady look old, slow, and had a week 1 party in front of 70,000 empty seats. The Saints delivering a rousing season-opening win where fans couldn't attend and enjoy Brady's mediocrity might be one of the most Saints things we've ever seen.

A 34-23 win where Drew Brees described his play as 'awful' and head coach Sean Payton said it was “as bad a game as I've had as a play-caller” feels pretty great right?

Payton having Taysom Hill throw a touchdown to Alvin Kamara when the game was already decided was peak Sean Payton 'I do whatever I want to do' and even though replay overturned it, I personally found it delightful and in my heart, Kamara had 3 touchdowns Sunday.

When did the bizarreness of the 2020 Saints season hit you Sunday?

For me, it was during Janoris Jenkins' interception return of a Tom Brady pass for a touchdown. The roof of the Superdome should have come off and I should've felt the bedlam in the stands through my television. Instead, the noise I was making in my den was louder than what was happening in the Dome. ...