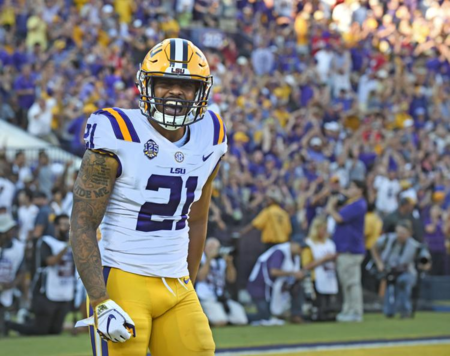 LSU safety Ed Paris (21) gets amped up in the second half of LSU's 36-16 win over Georgia, Saturday, October 13, 2018, at LSU's Tiger Stadium in Baton Rouge, La.
Advocate staff photo by HILARY SCHEINUK

By Brooks Kubena | The Advocate

Former LSU safety Ed Paris will get a shot in the NFL.

The five-year Tiger will try out with the New Orleans Saints during their mini-camp on the weekend of May 11, his agent, Brian Levy, told The Advocate Sunday afternoon.

Mini-camps tend to last three days, and players try out to earn a contract with the team as an undrafted free agent.

Former LSU placekicker Cole Tracy will also try out with the Saints, pending another tryout with the Green Bay Packers next weekend.

Paris was granted a rare fifth year of eligibility after suffering a knee injury in the 2017 season. ...