Former Saint Tom Dempsey, who had one of the most famous kicks in NFL history, has coronavirus (1 Viewer) 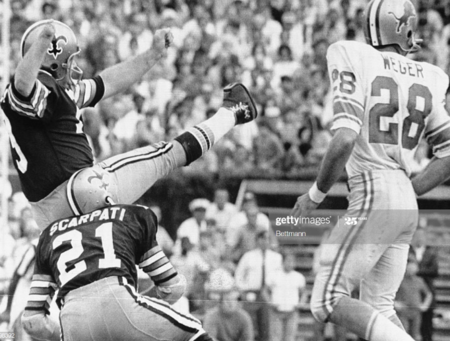 Former New Orleans Saints kicker Tom Dempsey, who authored one of the most famous moments in NFL history, has tested positive for the coronavirus.

For decades, Dempsey held the NFL record with a 63-yard field goal.

In 1970, he hit the field goal for the Saints to beat the Detroit Lions on the final play of the game. In the 50 years since that kick, five other kickers have also hit a 63-yard field goal, starting with Denver’s Jason Elam in 1998. In 2013, Broncos kicker Matt Prater hit a 64-yard field goal to finally beat Dempsey’s record. ...