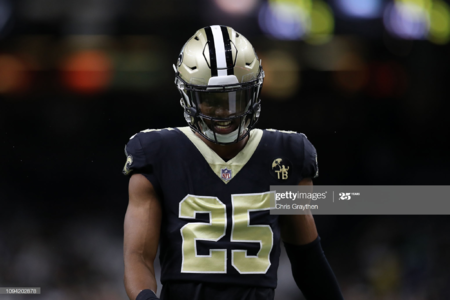 Former Saints CB, Eli Apple, 24, has agreed to join the Las Vegas Raiders after spending the past year and a half in the Big Easy. The cornerback’s departure from New Orleans is not a surprise as Apple struggled the opposite of Marshon Lattimore for most of the 2019 regular season. The struggles forced the hand of Head Coach Sean Payton and GM Mickey Loomis into signing CB Janoris Jenkins late in the regular season after his release from the Giants.

The New York Football Giants selected Apple with the 10th pick of the 2016 NFL draft out of Ohio State, but things never panned out for in the “Big Apple”. After a fine and suspension in 2017 season for tweeting from the sideline and for conduct detrimental to the team, the end was near for Apple and his time for the Giants. The Giants traded him to New Orleans on October 23rd 2018 in exchange for a 2019 fourth round pick and a 2020 seventh round pick.