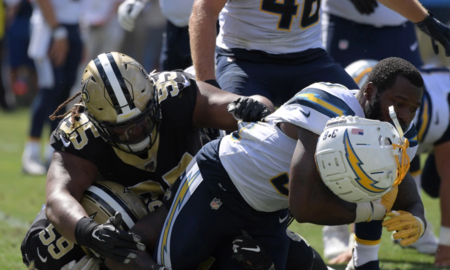 One recently released member of the New Orleans Saints didn’t have to wait long to land on his feet. Third-year pro Taylor Stallworth is signing a contract with the Indianapolis Colts, per his agent Brett Tessler, who says Stallworth received interest from seven other teams after being cut by the Saints on Aug. 3.

It’s a great landing spot for Stallworth, who will be reunited with his one-time Saints teammate Al-Quadin Muhammad. Muhammad was a sixth-round draft pick by the Saints in 2017, out of Miami; since joining the Colts in 2018, he’s averaged nearly 29 snaps per game in their defensive ends rotation. ...