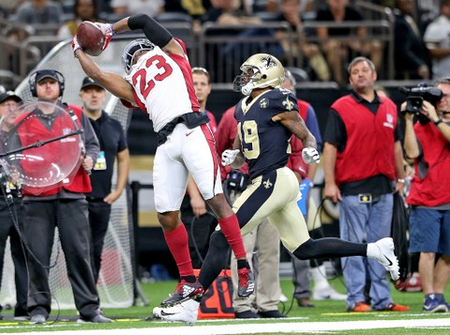 A mistake-ridden first half sunk the New Orleans Saints in Friday's 20-15 preseason loss to the Arizona Cardinals.

The Saints committed four turnovers in the first half, all of which came with quarterback Taysom Hill directing the offense. Only one of the turnovers led to an Arizona score, but three of them killed Saints drives that had at least reached the Cardinals' 35-yard line.

The Saints only touchdown of the evening came with 20 seconds remaining in the game, when J.T. Barrett scored on a 12-yard touchdown run.

For the second straight week, the New Orleans Saints decided it was not unnecessary to play some of their best players in an exhibition. Drew Brees, Alvin Kamara and Cameron Jordan dressed out but did not compete. ...