Fournette to Carolina at 8? (1 Viewer)

Offline
This is one draft scenario I do not want to see, but there are a number of mock drafts that have Carolina picking Leonard Fournette at 8. The last thing we need is to face Newton and Fournette on the same team twice each year.

LSU fan, yes. LSU homer, I don't think so. Fournette was injured this year, and I happen to think that last year he was easily the most dominant player on the LSU team and indeed in the SEC. However, in most mock drafts at this time, Jamal Adams is picked ahead of Fournette.

I understand that the running back position has been downgraded in recent years. But I think that in the postseason workouts Fournette is going to remind everyone of how special of an athlete he is and will go higher than the mock drafts currently show him going. Come draft day, he will be at the top of many draft boards. 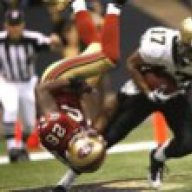 Offline
I feel like there's plenty of good fits before 8. What about NYJ at 6?

Offline
The only way the Panthers fix themselves is if they fix their O-line. LF won't help them, I hope they trade up into the top 5 to draft him.

Offline
Ya, I totally hope Fournette is gone by the time the Panthers are on the board. But then it'll probably set Dalvin Cook up to be their pick.

Online
I feel like Baltimore is going to make a play for one of the top RBs. 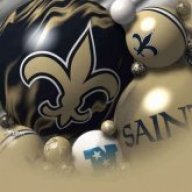 AgentJRad said:
I feel like Baltimore is going to make a play for one of the top RBs.
Click to expand...

I don't think so Kenneth Dixion is a hell of a running back.

Sent from my SAMSUNG-SM-G870A using Tapatalk

Offline
Yes I sure hope the Jets take him! I sure don't want to face a backfield of Cam and Buga twice a year. Then I read on ESPN that one of the teams Adrian Peterson would like to play for is the Sucs. They have Doug Martin, so doubt that would happen. But if so that would be crazy to face Fournette and Peterson twice a year...yikes lol

Offline
We do not need this to happen at all!

Offline
I personally think Fournette goes to the Jags.

ken28 said:
I personally think Fournette goes to the Jags.
Click to expand...

Don't they have Chris Ivory? If they bring in Chip Kelly, i'm not sure what they'll do with two bruisers in the backfield.

Offline
21 years ago the Panthers selected Tim Biakabutuka #8 overall. That would not be the only similarity.

Offline
Play the healthy one, the 10 games per season that both aren't injured.


rsmith2783 said:
Don't they have Chris Ivory? If they bring in Chip Kelly, i'm not sure what they'll do with two bruisers in the backfield.
Click to expand...

Offline
Considering how their offensive line is in shambles, great!

rsmith2783 said:
Don't they have Chris Ivory? If they bring in Chip Kelly, i'm not sure what they'll do with two bruisers in the backfield.
Click to expand...

I think Chris Ivory just filled a hole for a couple of years. I think they realized TJ Yeldon wasn't the answer and I don't think Fournette gets out of the top 5.

Offline
Yes we do. Or better yet, after stalling out in the NFCCG the Falcons should mortgage the future to give Matt Ryan one more weapon because he is really such an amazing QB and only just needs basically an all pro team around him on offense to be consistent in big games. Fourtnette's direct physical style and lack of durability against college athletes spell an extremely short and injury plagued pro career. I would love to see a division rival select him. Great guy, exciting, won't hold up in the pros.

Offline
I think the Panthers want him, but I think Fournette is too much of a temptation to fall to 8. Personally, I hope he goes to the CFL, where he can't jack up our DB's.
Show hidden low quality content