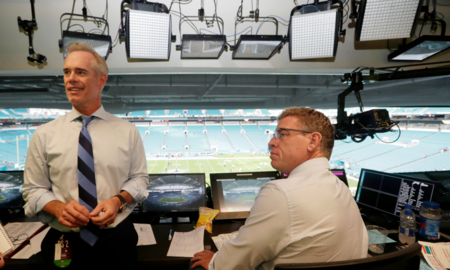 Two big names in NFL broadcasting will be in the booth for Week 8’s matchup between the New Orleans Saints and Chicago Bears at Soldier Field: Joe Buck and Troy Aikman of FOX Sports, per John Hendrix of SI.com. As always, Erin Andrews is expected to complete the “America’s Game of the Week” crew while reporting from the sidelines.

Buck will be coming off of a lengthy seven-game World Series stint, but the veteran play-by-play man has already fit in a Thursday night Giants-Eagles game into his schedule last week. He’ll have a few days to rest between Wednesday’s Dodgers-Rays championship game before getting on the mic for this Saints kickoff. ...