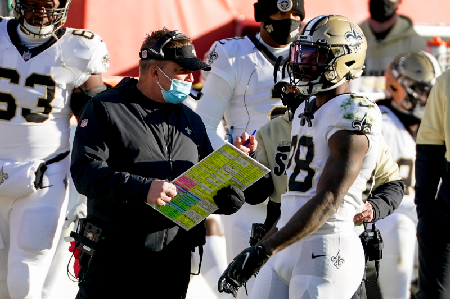 The New Orleans Saints have an abundance of quarterbacks on their roster to replace Drew Brees, but questions remain if they have ample wide receivers for the new starter to target.

New Orleans has a plethora of young wide receivers sitting beneath Michael Thomas on the depth chart, but none of them are as proven as Emmanuel Sanders, who left for the Buffalo Bills in free agency.

Sean Payton’s side did not draft a wide receiver in the 2021 NFL draft until the seventh round. That leaves open the possibility for the Saints to go after an experienced wideout in free agency.

Even though the team addressed its defensive needs with its first three draft picks, it could afford to dip into the defensive market if the right fit emerges.