From his corner, Rams’ Nickell Robey-Coleman has replayed Saints game over and over (1 Viewer) 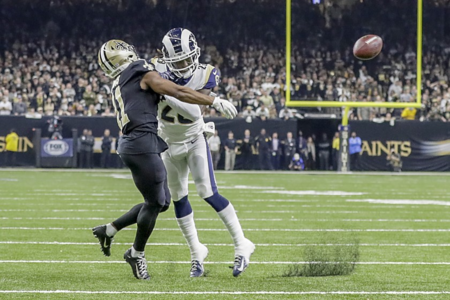 The controversial non-call in the NFC championship game between the Rams and New Orleans Saints last season has been omnipresent on television, computer and phone screens for eight months.

Rams cornerback Nickell-Robey Coleman, the man in the middle of the play, was asked Wednesday how many times he had seen it.

Robey-Coleman might — or perhaps might not — have overestimated. But the clip of his fourth-quarter play that sent the entire state of Louisiana into shock is once again running on endless loop this week for NFL fans as the Rams prepare to play the Saints on Sunday at the Coliseum. ...