Offline
This was posted on the Eagles boards by "goeagles99." He writes some really good stuff. Thought I would share you clowns. Go Birds!!

this is a compilation of material I've written throughout the week

Listen up, my bayou brethren. You think having McNabb on the sidelines is a good thing. Au contraire. Kolb is a lethal weapon, poised to explode on the NFL scene and announce his mega-awesomeness. He's been pulling the rope-a-dope in his backup appearances to this point. He's lulled you to sleep and now you're about to get a face full of corn on the Kolb. Game time is pain time and your beloved Saints will be hurting all day long on Sunday.

The New Orleans Saints come to Philadelphia on Sunday for an interesting NFC matchup. Both teams won last week and want to advance to 2-0. Both teams play in competitive divisions and need every win they can get. The Eagles have only been 2-0 once in Andy Reid&#8217;s tenure, the Super Bowl season of 2004. The Saints have missed the playoffs the last two seasons and desperately want to get back to the postseason.

This is only a Week 2 game, but it could tell us a lot about each team. Can the Eagles win without McNabb? Can the defense shut down a great offense? Is this finally a team that will play at a high level each week? The Saints need to show their defense has improved and that they can win on the road against a good team. Last year's signature road win came at KC. Not good.
Click to expand...

Offline
Good luck with your birds Dawk! We'll see who looks like the "clown" on sunday! I'll be sittin next to the Eagles tunnel at the game, and i think i have a clown-nose layin around somewhere that just might fit Reid's nose after the game

Offline
Crap. Now we will lose the game. Doesn't even pay to watch it now, with this ONE article! 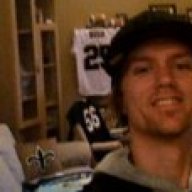 Offline
i didn't read that..but I give the writer props for taking the time to write that novel.

Offline
I thought it was a pretty good read.

Offline
I know all you guys are on cloud 9 after that Lions game, but it's time to come back down to earth.

Offline
you guys are way too critical, that was a good read.

disagree with a few of his conclusions, especially his faith in Macho Harris. We'll see tomorrow. 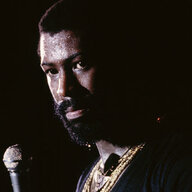 I know all you guys are on cloud 9 after that Lions game, but it's time to come back down to earth.
Click to expand...

Dawkplex86 said:
I know Eagles fans are on cloud 9 after that Panthers game, but it's time to come back down to earth.
Click to expand...

Fixed it for ya


That's a good thing because it sure ain't happening.

Anyway, the Eagles' defense WILL NOT be able to stop the Saints' offense. So, they have no choice other than trying to win a shoot out. Sorry, not happening.

Offline
He also writes for www.scoutsnotebook.com

It's a good site to read up on draft prospects. His rankings and mock drafts are pretty good.

Offline
I don't think what you saw last week against the Lions on defense will look like the defense that comes into Philly. 3G didn't do a lot of blitzing on the rookie QB, instead he chose to confuse him with different looks. I look for a little more blitzing and more pressure on the Kolb.

The Eagles offensive line is down two starters. Combine that with a backup QB, a less than 100% Westbrook and a receiver nursing a sore groin, I think the Saints defense will surprise.

Offensively the Saints are lethal but the Eagles defense can cause problems. The Saints will have to keep a tight end in some of the time to help Bushrod to help neutralize Cole. If the Eagles are forced to blitz to put a little pressure on Brees, he will kill the safeties.

As many have said, this game will come down to turnovers and special teams. The Saints special teams were woeful last week. With the signing of Roby, I think things will be better on coverage. I also think, unlike many on the board, that last weeks performance by Reggie Bush was an abberation. The guy played two hole plays in the preseason so the rust was there. I look for a productive day for Reggie tomorrow. In fact, I think he goes over 200 yards total tomorrow.

I think the Saints offense can put up about 24 points. Any more than that, the defense will have to score them by taking advantage of Kolbs inexperience. If Kolb starts and doesn't produce, I look for the Eagles offense to score about 10-13 points. Maybe the Eagles defense scores 7-10. Saints should win this 27-20

That's reasonable........ I've seen some predictions (on SR) this week of us scoring 40+ and that just ain't likely.
Show hidden low quality content