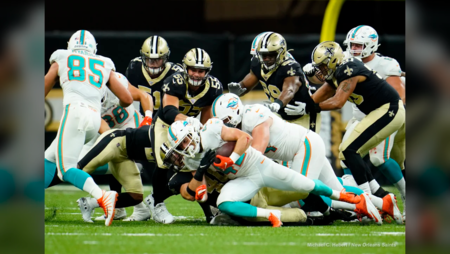 The 2019 preseason came to an end for the New Orleans Saints on Thursday, Aug. 29 at the Mercedes-Benz Superdome as the Miami Dolphins won a battle of reserves 16-13.

The Saints have to trim their roster to 53 players by Saturday afternoon and then they will begin preparations for the season opener Sept. 9 on "Monday Night Football" against the Houston Texans at the Superdome. Expectations are high for a team that has won back-to-back NFC South titles and was one blown call away from playing in last season's Super Bowl and nothing that happened in preseason has changed that. The Saints went 2-2 but more important ended the preseason slate relatively healthy.

None of the team's starters played against the Dolphins as Teddy Bridgewater started at quarterback. After going 9 for 13 for 83 yards and a touchdown pass he was replaced by Taysom Hill, who again looked sharp. Hill was 13 for 17 for 100 yards and led the team on a 65-yard scoring drive capped by a 1-yard scoring dive from running back Jacquizz Rodgers. Hill almost led the Saints to victory but the final drive ended with a fourth down incompletion from the 6-yard line.
Click to expand...